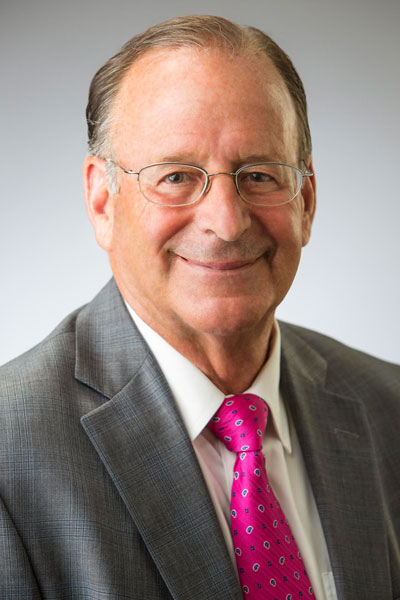 Peter N. Littman is a distinguished lawyer based in Ithaca, New York. With over forty years of experience, Mr. Littman is a leading personal injury and workers’ compensation attorney known for his aggressive and articulate litigation skills. As founder and senior partner of Littman & Babiarz Attorneys at Law, he focuses his law practice representing victims of motor vehicle accidents, truck accidents, workers’ injured at construction sites, and other injured victims of negligent conduct. He also represents injured workers in Workers’ Compensation cases including those who have suffered work related injuries from accidents on the job site, repetitive stress injuries, and workers who have become ill from toxic exposures in the work place.

As he tells it, Mr. Littman fell in love with the law while he was studying journalism at LehighUniversity:

During my junior year in college, I was a journalism major, and took a course in Constitutional Law. That course involved studying the Constitution and the decisions of the United States Supreme Court. I learned about constitutional law, and the way in which the members of the court would analyze and interpret the Constitution. While I loved journalism and all kinds of writing, when the time came to choose a career path, both my Constituional Law Professor and my Journalism Professor strongly advised me to go to law school. Their advice turned out well for me, as I have been able to use my journalistic and writing skills, my analytical skills and my outgoing personality to be an effective advocate and attorney.

Mr. Littman graduated cum laude from Lehigh, and with the support of his two mentors, was accepted at Columbia Law School. He earned his Juris Doctor from Columbia Law School in 1972, and then headed to California. His first law office job was with a law firm which specialized in personal injury and class action lawsuits. That law firm was headed by Bob Lieff, Esq., (also aColumbia Law School graduate) a former partner of the elite San Francisco law firm headed by Melvin Belli, San Francisco’s most famous trial lawyer. The Lieff Law Firm began small and then became the world renowned law firm of Lieff, Cabasher, which specializes in global personal injury and class action lawsuits. Among other cases, Attorney Lieff has been lead attorney in class action lawsuits involving the Exxon Valdez oil spill, the BP oil spill in the Gulf of Mexico, the Volkswagon diesel emissions litigation, and other global class action suits.

After practicing for several years under Attorney Lieff, Mr. Littman moved back to Ithaca, New York. He began with the Friedlander Law Firm, which also focused on personal injury and class action litigation although on a smaller scale than the Lieff, Cabasher firm. The founding partner, Alan Friedlander, a Harvard Law School graduate, immediately sent Mr. Littman to the trial courts in the Southern Tier of New York including both the State and Federal trial courts. The focus was on representing individuals who had been victims of personal injury accidents, motor vehicle accidents, construction site accidents, trench cave-ins, lawnmower malfunctions, farm equipment accidents, and many other types of personal injury cases.

Mr. Littman’s extensive background in a wide variety of personal injury cases was the first ingredient in his recipe for success. Over the course of his legal career, Mr. Littman has innovated comprehensive and productive approaches to his cases, helping him to successfully bring over 50 cases to a jury trial, resulting in many successful verdicts and/or settlement after picking juries in both the New York State and Federal courts.

The second ingredient for Mr. Littman’s success has been his committment to an excellent client experience. When a victim of a personal injury accident chooses Mr. Littman as his attorney, he receives one-on-one, personal attention and works directly with Mr. Littman to come up with a customized strategy for their individual needs. In this way, he is able to focus on the details of the injury and offer comprehensive guidance on both a legal and personal level. He understands the physical and emotional difficulties involved in dealing with an injury and will fight aggressively to make the experience as painless and stress-free as possible.

The third ingredient in Mr. Littman’s recipe for success is his ability to stay on top of prevailing trends within personal injury and workers’ compensation law. In particular, he has paid close attention throughout his career to pending legislation in New York and around the country that threatens to limit the rights of accident victims. Though this is something he has long fought against, he notes that the trend is currently on the rise:

I have always been involved in some lobbying against legislation that seeks to limit the constitutional rights of accident victims, especially as it pertains to their right to jury trials.

After over four decades dedicated to injury law, Mr. Littman continues to act as a bulwark for accident victims and injured workers alike. Mr. Littman has also been fighting the New York State Business Council and the nationwide insurance industry to prevent the erosion of Workers’ Compensation accident victims’ rights to fair compensation for their injuries and damages. Looking to the future, he hopes to expand his practice regionally in order to bring his industry-leading representation to a wider clientele while continuing to fight on their behalf both in the courtroom and through his lobbying efforts.

Chosen as a distinguished Lawyer on the Expert Network